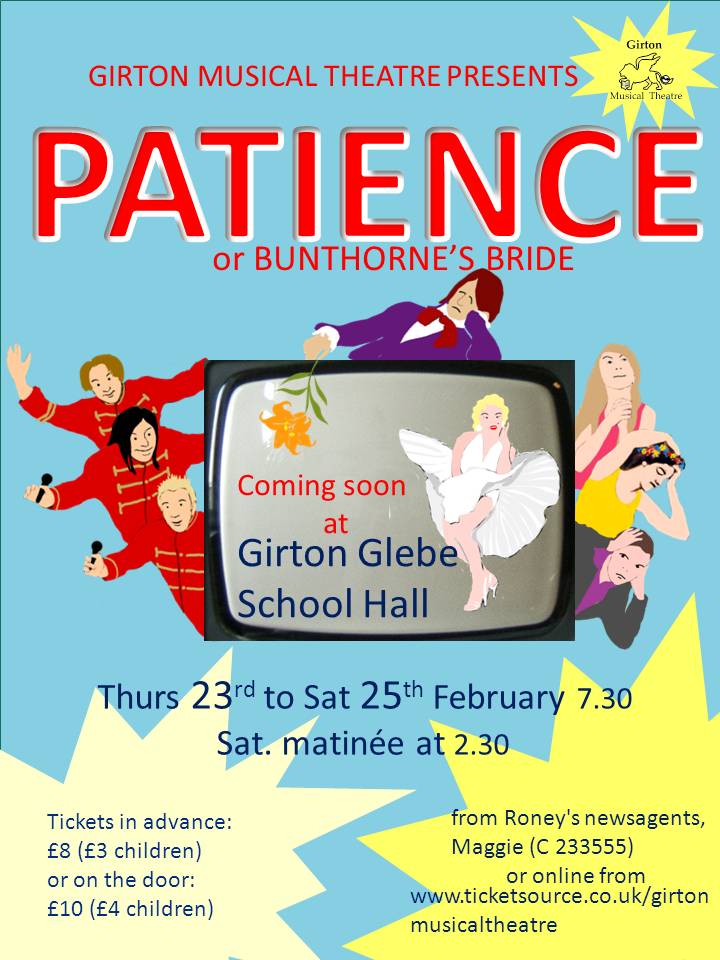 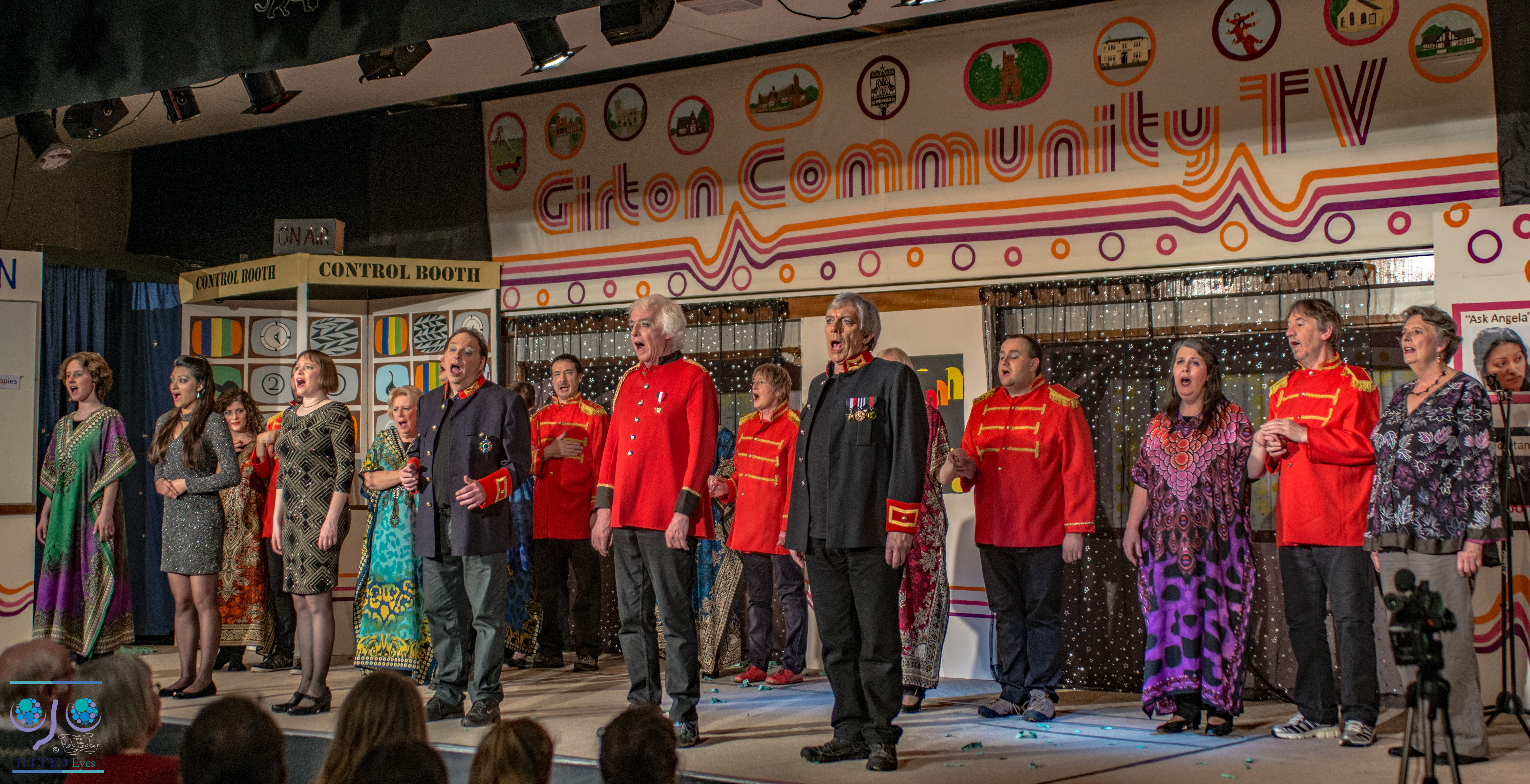 Do you remember a gentler time, when poets were superstars? When television was an important part of family entertainment? When the pace of life was perhaps a little slower, with no internet to impart events before they happen?

Come back in time with us, to a Girton with a burgeoning TV station. To a Girton whose main stage was second in desirability only to the London Palladium for the Top Stars. To a Girton with a first class dairy, where cows were milked by milkmaids with film star looks. Where groups of Maidens could have the pick of positions in the Entertainment Industry and be as indecisive as they wished about marriage proposals. Where any man had to pursue the girl of his dreams with no certainty his affections would be returned - for long.

This long-forgotten era can be revisited in the hall at Girton Glebe School during the last weekend in February, when some of the following questions may be answered.

Will the 'Boys' of Dragoon'd recapture the hearts of the star-struck girls they were once engaged to? Will the heartless poet get his comeuppance? Will Major, Colonel and Duke overcome cramp and aestheticism to become the heart throb frontmen of Cambridgeshire's Number One Boy Band once again? And will Girton's answer to Marilyn Monroe marry her childhood sweetheart, who has become a writer of verse with so much god-like grace, he is besieged by Maidens wherever he goes?