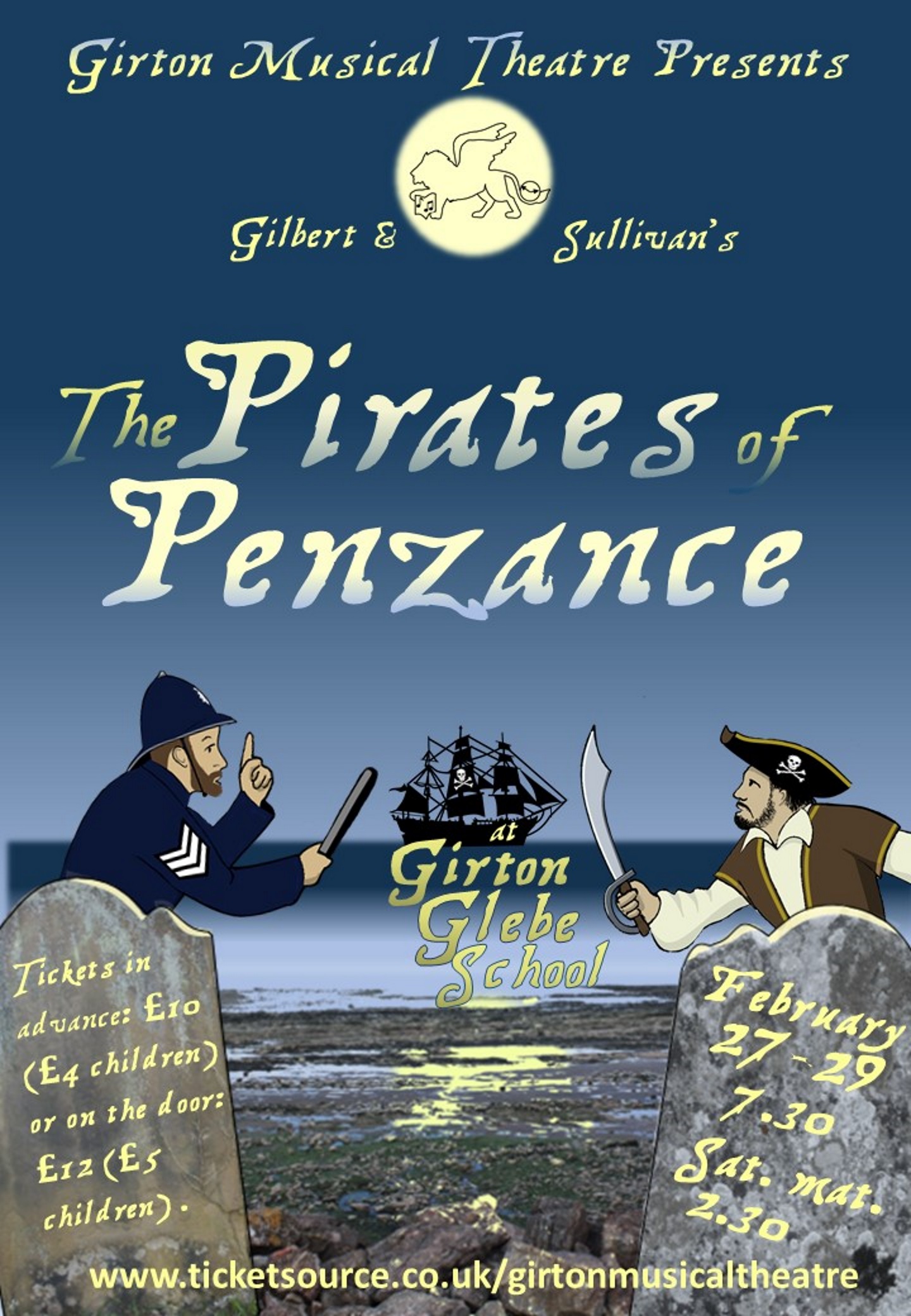 By the rocky coast of Cornwall a band of Pirates prepares a surprise birthday party for Frederic their newest recruit, who has been apprenticed to them to learn a trade. This indenture runs out when he is 21, and he has reached this milestone – or has he? The date is 29th February, which causes all sorts of problems for his conscience and his heart.

Meanwhile, the father of many charming and delightful daughters and local bigwig, Major-General Stanley is unaware that his entire brood is about to be taken off by the Pirates and entered into the state of matrimony, not entirely against their will.

Will the rather inexperienced Police Force be able to foil the Pirates’ plot to avenge the deceit of the Major-General, who pretended to be an orphan in order to evade capture, and is now troubled by his dishonesty? Can the less than courageous bobbies stop the Pirates’ attempt be respectably married and ensure they get their just desserts for their piratical behaviour? Will the rather soft-hearted Pirates suffer for their illegal way of life? And will the day be saved by a heroine – royal or other-wise?